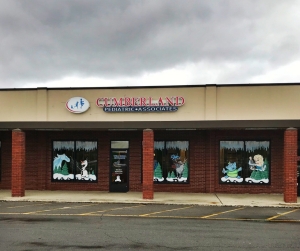 The Tennessee Comptroller’s Office, working in conjunction with the Tennessee Bureau of Investigation, and at the request of the District Attorney General of the 15th Judicial District, has completed an investigation resulting in the indictment of Emily Gannon, the former Chief Operating Officer of Cumberland Pediatric Associates (CPA) in Lebanon.

CPA provides preventative and acute care to children from birth to age 18. It serves patients from its clinics in Lebanon and Gordonsville and accepts TennCare insurance payments.

Gannon was responsible for issuing payroll payments to all CPA staff, including herself, and she manipulated the process in multiple ways to obtain and conceal her fraudulent pay.

The investigation revealed that Gannon paid herself an additional $312,852 by inflating CPA’s payroll payments to herself. For example, in March 2015, Gannon gave herself a $60,000 raise without the owner’s knowledge or approval.

Gannon also paid herself bonuses totaling at least $200,450 without the knowledge of the owner.

As Chief Operating Officer, Gannon produced federal Form W-2s for all CPA employees. Gannon prepared her own W-2s which substantially reduced the actual compensation she took from CPA.

CPA terminated Gannon’s employment on August 17, 2019. In May 2020, the Wilson County Grand Jury indicted Emily Crabtree Gannon on one count of theft over $250,000, two counts of forgery, and one count of criminal simulation.

“Our Office employs some of Tennessee’s foremost experts in forensic accounting and fraud examination,” said Comptroller Justin P. Wilson. “This investigation was clearly in the public interest because this medical practice accepts TennCare payments. I am pleased we can bring our expertise to the fight against fraud in Tennessee.”