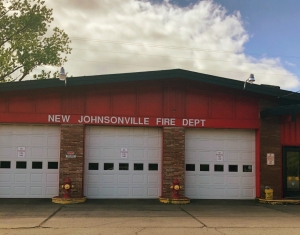 The Tennessee Comptroller’s Office has released an investigation into a cell phone plan operated by the New Johnsonville Volunteer Fire Department.

On April 2, 2018, the cell phone plan invoice carried a delinquent balance of $22,648. Billing records suggest that at least some participants failed to pay their entire bill from the beginning of the plan’s establishment. Although participants apparently paid off a portion of the bill, the cell phone provider suspended the department plan account in April 2018. In August 2018, the account had a delinquent and unpaid balance of $7,424.

The department also failed to pay an estimated $7,740 in taxes and fees when it improperly used the city’s tax-exempt status for the department plan. The plan was established to provide personal cell phone service and was not intended to benefit the city.

The current fire chief advised investigators that the department cell phone plan has been abolished and the department will not enter into such a plan in the future.

Comptroller investigators have reviewed their results with the district attorney general’s office of the Twenty-Third Judicial District.

If you suspect fraud, waste or abuse of public money in Tennessee, call the Comptroller’s toll-free hotline at (800) 232-5454, or file a report online at www.comptroller.tn.gov/hotline. Follow us on twitter @TNCOT