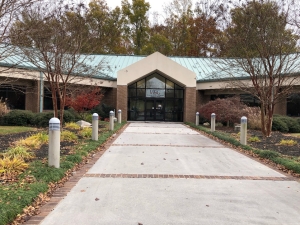 The Tennessee Comptroller’s Office, in cooperation with the Tennessee Bureau of Investigation, has completed an investigation resulting in the indictment of Jason Kittle, a former Volunteer Energy Cooperative (VEC) accountant. VEC serves more than 115,900 customers and has its corporate office in Decatur, Tennessee.

Investigators determined that Kittle stole at least $994,981 between June 2011 and December 2017. Kittle used three schemes to steal VEC money for his personal use.

Kittle was able to his conceal his misappropriation by recording the fraudulent transactions in VEC’s accounting system as online payment fees, returns, or similar transactions. Kittle also managed and reconciled the statements of the VEC bank account, which allowed the theft to remain undetected for years.

Kittle admitted to VEC officials that payments were made to his personal credit card account from the VEC bank account. His employment was terminated on January 2, 2018.

In November 2018, Jason Kittle was indicted by the Meigs County Grand Jury on one count of theft over $250,000.

“This is one of the largest cases of theft that we have investigated,” said Comptroller Justin P. Wilson. “However, the weaknesses that allowed this activity to occur are not unusual. Financial responsibilities must be separated between multiple individuals, so that one person isn’t recording financial information and reconciling bank statements without oversight.”