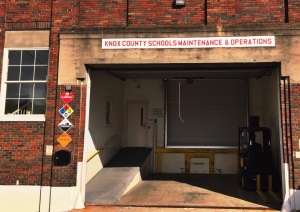 An investigation by the Tennessee Comptroller’s Office has resulted in the indictment of Michael James, the former lead mechanic of the Knox County Schools Maintenance Garage.

Comptroller investigators determined that James used the school system’s purchasing cards to buy $187,670 worth of vehicle parts and used them for his private automotive repair business. The purchases occurred between July 2014 and November 2017.

James purchased parts for vehicles manufactured by Mercedes Benz, BMW, Lexus, and other manufacturers which are not in the school’s fleet.

Investigators discovered that James concealed his scheme by fabricating work orders for maintenance and repairs on school system vehicles that were neither needed nor performed. James also used the school system’s tax-exempt status to avoid paying $17,359 in sales tax on his personal purchases.

Michael James’ employment was terminated from Knox County Schools on November 21, 2017. On February 13, 2018, James was indicted by the Knox County Grand Jury on one count of theft of property over $60,000.

“One person should not be responsible for ordering parts, charging the parts on a purchasing card, and accepting delivery of the parts,” said Comptroller Justin P. Wilson. “It’s also important that someone carefully scrutinize invoices to ensure that purchases are valid. I’m pleased to note Knox County Schools is taking steps to address these issues.”