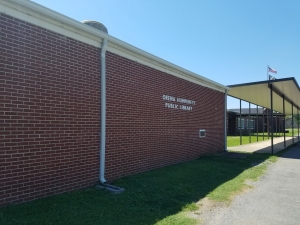 An investigation by the Tennessee Comptroller’s Office has resulted in the indictment of Marilyn Frazier, the director of the Orena Humphreys Public Library in Whitwell, Tennessee.

Comptroller investigators determined that at least $3,680.37 went missing from the library from January 2016 through June 2017. This money included reimbursements submitted by the director that were paid to the library for various expenditures. Several of these reimbursements were never deposited into the library’s checking accounts.

Investigators also noted donations to the library that were never deposited, and library money spent to purchase food and cigarettes, which was not allowed.

Additionally, investigators have raised questions about $2,166.54 in disbursements made by the library. These disbursements included cash withdrawals, donations, employee reimbursement, charges for gas, and purchases made without adequate supporting documentation. Investigators question whether many of these disbursements were for a business-related purpose.

Frazier also created at least eight invoices in the names of other entities to support library expenditures. Although these vendors provided a legitimate service to the library, the director should never create an invoice for a vendor.

“This investigation has revealed many deficiencies in the operations of the Orena Humphreys Library,” said Comptroller Justin P. Wilson. “Most notably, the library operated with little management oversight, and the library did not have a policy governing how money was to be collected and spent.”