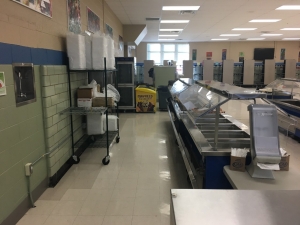 An investigation by the Tennessee Comptroller’s Office has resulted in the indictment of Deborah Beckman, the former cafeteria manager at Ketron Elementary School in Sullivan County.

In September 2017, Beckman stole $758 dollars that was donated to the cafeteria by a student’s family member to provide ice cream to Ketron’s kindergarten students. Beckman falsified the cafeteria’s accounting records, prepared inaccurate deposit slips, and signed the initials of other cafeteria workers on the deposit slips to conceal her actions.

Investigators also uncovered six instances when Beckman submitted phony mileage reimbursement claims for trips to the bank on days when no deposits were made. On another occasion, she submitted a duplicate travel claim. Beckman received money she was not entitled to as a result of these false claims.

Beckman also admitted that she stole an unknown amount of cafeteria funds from daily deposits. She used the cash to pay for groceries and other personal expenses.

“It is very important that government officials adhere to the law requiring deposits to be made within three days,” said Comptroller Justin P. Wilson. “It should be noted that school officials promptly reported this situation to our office and have indicated they have addressed any deficiencies that allowed it to occur.”

If you suspect fraud, waste or abuse of public money in Tennessee, call the Comptroller’s toll-free hotline at (800) 232-5454, or file a report online at: www.comptroller.tn.gov/hotline. Follow us on twitter: @TNCOT