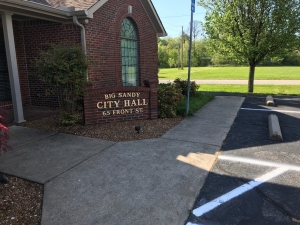 An investigation by the Tennessee Comptroller’s Office has found that Morgan Martinez, the former Big Sandy town recorder, stole at least $4,114.44 from the town between July 2018 and March 2019.

The theft included a $3,600 check that she wrote herself as an unauthorized maternity leave pre-payment, a $137.50 reimbursement for a training class that she did not attend, and a $377.24 personal purchase of an iPad and keyboard that she made using the town’s credit card.

Investigators are also questioning $4,848.40 in payroll payments that were made to Martinez. Martinez was paid for time that she did not work, and she received overtime and regular pay that was not supported with timesheets.

The Mayor terminated her employment with the town on March 8, 2019.