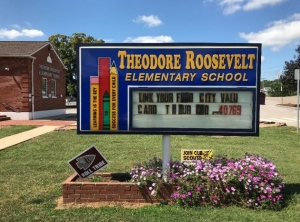 An investigation by the Tennessee Comptroller’s Office has resulted in Galloway’s indictment after investigators determined she misappropriated over 96% of funds raised by Kingsport community members intended for the elementary school.

Galloway, who served several terms as president and treasurer for the organization, assumed control over all PTA financial responsibilities with no oversight from other PTA board members.

For three years, Galloway stole from the PTA by keeping fundraising proceeds for herself, making cash withdrawals from the PTA account for her personal use, writing fraudulent personal checks to herself, and using PTA funds to go on at least eight personal Walmart shopping sprees. These Walmart purchases included Easter baskets, cat food, candy, groceries, toiletries, hair products, cough syrup, and other personal items.

Galloway resigned from the PTA board in December 2017 after new members asked about unexplained financial transactions.

“These actions could have been prevented if the PTA had adopted financial controls, as required by state law,” said Comptroller Justin P. Wilson. “Not only did PTA officials fail to separate financial responsibilities, but they also did not retain supporting documentation for many purchases.”

It should be noted that the PTA ceased operations at the end of the 2019 school year.