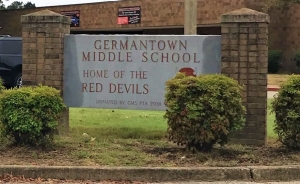 An investigation by the Tennessee Comptroller’s Office has found that Vicki Anderson, the former Germantown Middle School majorette coach, pocketed at least $1,418 in student fees that she wasn’t authorized to keep.

Anderson collected at least $2,000 from students in May 2018 when she hosted a one-day summer camp at a local hotel in Memphis, Tennessee. The Shelby County School District was not aware the camp was being held, and Anderson was not authorized by the district to hold the camp or collect money from students.

Investigators determined that Anderson spent $582 for six hotel rooms and food. She kept the remaining $1,418 for herself. The school district not only requires prior authorization for activities held over the summer, it requires any money collected to be deposited with the financial secretary of the school.

Anderson was trained on proper financial procedures for school support organizations in August 2017.

The school system terminated Anderson’s employment on May 17, 2019. In November 2019, Vicki Anderson was indicted by the Shelby County Grand Jury on one count of theft over $1,000 and two counts of official misconduct.