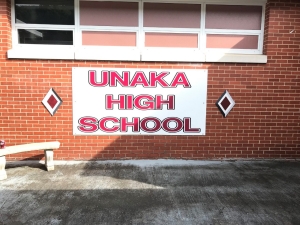 An investigation by the Tennessee Comptroller’s Office has resulted in the indictment of John-Claude Hardin, a former Career Technical Education (CTE) teacher at Unaka High School in Carter County. The investigation began in conjunction with the Carter County Sheriff’s Office after school officials identified and reported cash shortages.

Unaka’s CTE department operated a meat processing program where customers brought livestock to the school to be slaughtered by students. The customers paid a fee for this service. The school also raised cattle on a farm.

Investigators determined that Hardin stole at least $1,865 between November 2017 and November 2018.

Hardin used two schemes to carry out his theft. He kept cash that was paid to the school for meat processing fees totaling $1,229. He also sold a steer from the school farm at a livestock auction and kept the $636 he received from the transaction.

Hardin attempted to conceal this activity by altering receipts and creating false documents. He resigned his employment with Carter County Schools on November 30, 2018.

In July 2019, John-Claude Hardin was indicted by the Carter County Grand Jury on one count of theft over $1,000, six counts of forgery, and one count of official misconduct.

“Although school officials first alerted investigators to this activity, more could have been done to detect this situation,” said Comptroller Justin P. Wilson. “School officials should always carefully review receipts and reconcile them with the money deposited. I’m pleased to note that school leaders have corrected or intend to correct this weakness.”