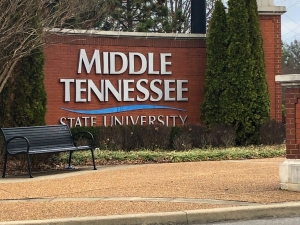 An investigation by the Tennessee Comptroller’s Office, with assistance from Middle Tennessee State University Audit and Consulting Services personnel, has released an investigation resulting in the indictment and arrest of Aryo Hasnugung, a former international recruiter in the MTSU Office of International Affairs.

Investigators determined that Hasnugung, who traveled extensively to other countries to recruit students, stole at least $39,750 from MTSU by fabricating or altering invoices that he used to justify payments he received for travel advances and/or travel reimbursements.

Investigators were able to confirm that at least 35 invoices submitted by Hasnugung were not authentic. Furthermore, it was determined that some of the invoices were altered on Hasnugung’s MTSU computer.

Investigators are also questioning an additional $5,010 in reimbursements received by Hasnugung because of the supporting documentation. Although these receipts and invoices do not appear to be legitimate, investigators were unable to confirm with the related vendors that they were fraudulent.

Hasnugung acknowledged to MTSU Audit and Consulting Services that he submitted at least six fraudulent invoices, and his employment was terminated on June 7, 2016.