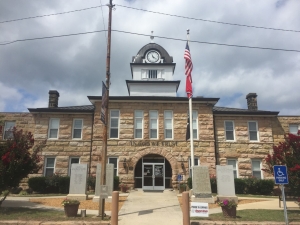 An investigation by the Tennessee Comptroller’s Office, working in conjunction with the Tennessee Bureau of Investigation, has resulted in the indictment of Kellye Crabtree, a former accounts payable clerk in the Fentress County Finance Department.

Investigators determined that Crabtree stole at least $239,680.99 from the county between December 2014 and December 2018. The vast majority of the theft ($237,615.99) is associated with Crabtree’s use of a Walmart credit card that had been issued to Fentress County.

Crabtree covered up the misappropriation by receiving all credit card statements, issuing payments, and manipulating the county’s accounting records and budget.

Additionally, investigators determined that Crabtree also served as treasurer for a community baseball league which received money from the county. Crabtree stole $2,065 from the league by writing unauthorized checks to herself.

In many instances, investigators found that Crabtree signed other individual’s names on checks without their knowledge.

The investigation began after finance department officials noticed questionable purchases that were being made on the county’s Walmart credit cards. The county terminated her employment on December 20, 2018.

On September 3, 2019, Kellye Crabtree was indicted by the Fentress County Grand Jury on one count of theft over $60,000.

“This theft can be directly attributed to giving one person too much control over county funds,” said Comptroller Justin P. Wilson. “Financial duties must be separated between multiple people. One person shouldn’t be able to issue purchase orders, make purchases, receive credit card statements, pay the bills, and maintain the accounting records without sufficient oversight.”