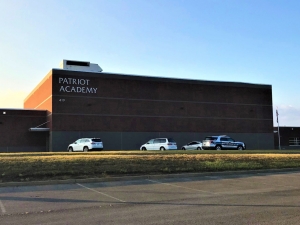 An investigation by the Tennessee Comptroller’s Office has resulted in the indictment of Christina Morris, the former cafeteria manager at Patriot Academy in Dandridge, Tennessee.

Investigators determined that Morris stole at least $1,660.75 in cash that was collected from the school cafeteria between November 1, 2018 and March 6, 2019.

The investigation began after county and school department officials determined that numerous cafeteria collections were not being deposited on time. These officials reported this information to Comptroller’s Office, and confronted Morris about the problem. After she was confronted, Morris returned $1,677 to the school and was placed on administrative leave.

Morris told investigators she had been withholding cash for her personal use. She resigned her position on April 11, 2019.

In January 2020, Christina Morris was indicted by the Jefferson County Grand Jury on one count of theft under $1,000 and one count of official misconduct.

“The cafeteria manager was given too much responsibility over the financial process within her school’s cafeteria,” said Comptroller’s Justin P. Wilson. “She not only received and counted the money collected, but she also prepared and delivered deposits to the bank, and she reconciled recorded collections with the bank deposits. These duties should be separated between at least two people.”

School officials have indicated they have corrected or will correct the deficiencies noted in the investigative report.