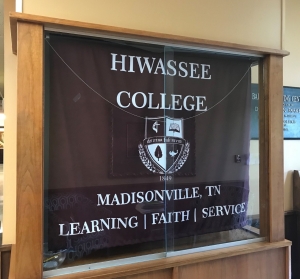 Hiwassee College closed in 2019 after the board of trustees determined the college’s financial struggles were insurmountable.

Comptroller investigators reviewed accounting records, bank statements, and supporting documentation for the period July 1, 2016 through September 2, 2019, and noted several deficiencies related to disbursements, travel reimbursements, and the release of restrictions on monetary gifts.

Additionally, investigators determined that Hiwassee College did not ensure all provisions of state law were met before releasing funds with donor imposed restrictions from its endowment. College officials released at least $1,135,170.56 before meeting all provisions of Tennessee Code Annotated, Section 35-10-206(d). It should be noted that the released funds were deposited into the college’s operating account, and investigators found no indication that the institution failed to use these funds for the benefit of the college.

The results of the investigation have been communicated with the Office of the District Attorney General of the 10th Judicial District.