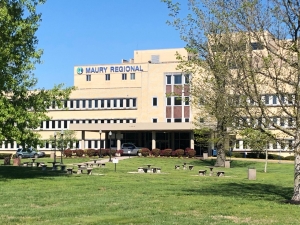 The Tennessee Comptroller’s Office, working at the request of the District Attorney General of the 22nd Judicial District, has released an investigation detailing the theft of $798,265 worth of medical supplies from Maury Regional Medical Center in Columbia, Tennessee.

Investigators determined that former System Coordinator Tommy John Riker stole the supplies between April 4, 2017 and September 1, 2019. He sold the supplies online and kept the cash for his personal benefit.

Beginning in 2018, a hospital employee began alerting hospital officials to a potential problem, but hospital officials believed the issues were related to the inventory system. As a result, officials failed to investigate these issues until they received another report in July 2019. The failure to act allowed Riker’s theft scheme to continue and remain undetected for several months.

The Comptroller’s investigative report includes a more detailed breakdown of the types of supplies that were stolen by Riker. These supplies included needles, wound dressings, and surgical dressings.