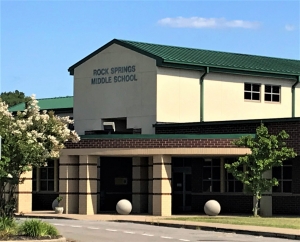 An investigation by the Tennessee Comptroller’s Office has determined that former Rock Springs Middle School football and golf coach Ryan Trotter stole $8,045 that he collected from students and fundraisers between July 2017 and October 2018.

Trotter failed to turn over the money to school officials. Instead, he kept the money for his personal benefit. Investigators identified three sources of stolen money:

Trotter admitted the theft to Comptroller investigators, and he resigned from Rutherford County Schools effective November 30, 2018. In December 2019, Ryan Trotter was indicted by the Rutherford County Grand Jury on one count of theft over $2,500.

“The former coach had a responsibility to provide the money he collected to the school bookkeeper and keep adequate records,” said Comptroller Justin P. Wilson. “The failure to do these things created a greater risk for this theft to go undetected. I am pleased to note that school officials have said they’re working to correct these deficiencies.”