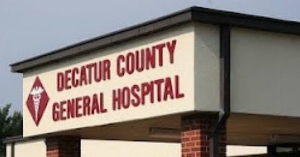 The Tennessee Comptroller’s Office has released an investigation revealing numerous questionable activities by two independent companies that were hired to manage the day-to-day operations of the Decatur County General Hospital in Parsons.

In 2018, Impeli’s Chief Executive Officer directed a hospital employee to transfer more than $307,000 of money that belonged to the University of Tennessee (UT) to the hospital’s account. The UT money had been intended to pay rent at a UT facility in Parsons; however, banking information was mistakenly shared with the hospital. UT demanded repayment after it learned the money had been misdirected to the hospital. The funds were subsequently repaid to UT.

Investigators are also questioning $130,488.52 in payments made by the hospital to Allergy Nexus, LLC and Dunwoody Labs, Inc. Impeli purportedly made these disbursements for hospital laboratory expenses. However, hospital lab employees could not confirm that lab specimens were ever processed at the hospital or referred to an outside lab by the hospital for processing.

Problems continued under Progressive’s management of the hospital.

The investigation lays out several red flags associated with Progressive’s laboratory billing practices. It’s important to know that Progressive and its owner/principal also have ownership interests in Progressive Medical Center and Dunwoody Labs in Georgia.

The Decatur County General Hospital used Dunwoody Labs for laboratory testing shortly after entering into the management agreement with Progressive. Soon, Decatur County started receiving specimens for lab testing from Progressive Medical Center in Georgia. Many of these tests were then referred to Dunwoody Labs.

As a result of these, and other questionable activities surrounding lab testing, investigators are questioning $275,000 in payments made by the hospital to Dunwoody Labs.

Under Progressive’s management, the hospital’s debt increased from $1,013,790 to approximately $2,869,616. These liabilities represent money owed to the hospital’s vendors, employees, the Internal Revenue Service, and other creditors.

In all, decisions by independent management companies and a lack of oversight by Decatur County officials have created liabilities, questionable payments, and funds at-risk totaling approximately $6 million.

The Comptroller’s Office has communicated the results of its investigation with the Office of the District Attorney General of the 24th Judicial District and the United States Attorney’s Office for the Western District of Tennessee.

“The financial issues surrounding the Decatur County General Hospital have had a detrimental impact on the county’s finances for several years,” said Comptroller Justin P. Wilson. “Last month, the County Commission voted to the close the hospital. In keeping with that action, our Office has directed the county to cease spending on the hospital except for expenses necessary to close the hospital, pay liabilities, or negotiate the sale of the hospital.”