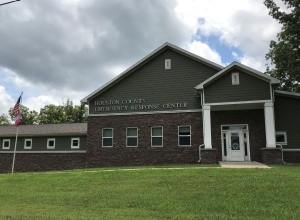 The investigation focused on compensation that Graybill received from July 1, 2017 through June 30, 2019. During this time, Graybill not only served as director, but he also worked as an AEMT on ambulance shifts (responding to emergency calls) to help with staffing shortages. The former Houston County Mayor verbally authorized Graybill to receive pay for the hours he worked on ambulance shifts in addition to his monthly director salary.

Comptroller investigators also identified $20,308.23 in questionable payments received by Graybill. Although Graybill is a licensed AEMT, he paid himself at a higher ‘paramedic’ pay rate. He also received questionable compensation related to unsupported hours and noncompliance with the EMS holiday pay policy.

“A lack of oversight and internal controls allowed this situation to take place,” said Comptroller Justin P. Wilson. “The unique pay arrangement was never documented between the former county mayor, the former payroll clerk, and the EMS director. The EMS director was also allowed to sign-off on his own time sheets without oversight or review.”