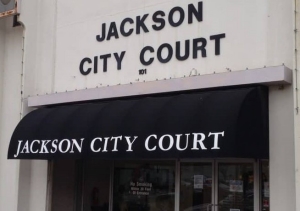 An investigation by the Tennessee Comptroller’s Office has revealed numerous problems and irregularities within the office of Jackson City Court Clerk Daryl Hubbard.

Investigators discovered the clerk’s office was not reporting case disposition information to the Tennessee Department of Safety and Homeland Security (TDOSHS) as required by state law. This information included DUI convictions, forfeitures of bail, and the failure to report a guilty plea.

Additionally, the clerk’s office intentionally entered information into the wrong fields in its computer system. These actions effectively concealed failure to appear cases from TDOSHS, and hindered TDOSHS from promptly suspending driver licenses as required by law.

Investigators interviewed staff to determine why this information was intentionally entered incorrectly and staff stated that, in their opinion, a defendant should not be penalized for failing to appear in court.

The investigation also found irregularities in the handling of indigent cases, including reporting dispositions for two DUI cases related to one individual despite the fact that the cases had been bound over to the Madison County Circuit Court. Staff admitted this was done to help the defendant get their license reinstated.

Investigators also noted multiple instances when the clerk failed to issue capiases (an order requiring an officer to take a named defendant into custody) within 30 days after entry of the court’s order. Some capiases were entered between 46 and 106 days after being ordered.

“Our investigators also noted several problems with how the clerk’s office handles financial matters,” said Comptroller Justin P. Wilson. “These include allowing staff to share cash drawers, leaving cash drawers unattended and unlocked, and not maintaining accurate and detailed records of all financial transactions and affairs of the court.”