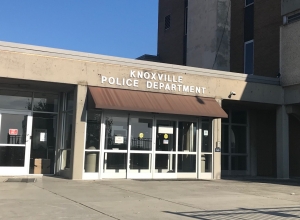 An investigation by the Tennessee Comptroller’s Office, working in conjunction with the Tennessee Bureau of Investigation, has resulted in the indictment of Joshua Robert Smith, a former police officer in the Knoxville Police Department (KPD).

The investigation revealed that Officer Smith was paid at least $8,473 for time not worked. From February 2017 through February 2019, there were 98 instances in which Smith submitted falsified overtime requests for a total of 272 hours. Smith admitted that he requested overtime pay for time he did not work to help pay for medical bills.

Additionally, Smith used a marked police car on multiple occasions to work a second job that was not associated with the Knoxville Police Department. This usage violated KPD’s policies.

The investigation was initiated after the Knoxville Police Department first identified questionable overtime requested by Officer Smith. Smith resigned from the KPD on May 30, 2019.

In August 2020, Joshua Robert Smith was indicted by the Knox County Grand Jury on one count of theft over $2,500, one count forgery, and one count of official misconduct.

“Employers must provide adequate oversight of overtime requests and payments,” said Comptroller Justin P. Wilson. “I’m encouraged that KPD has indicated they are doing more to provide improved oversight in this area.”