Investigators determine more than $35,000 was stolen 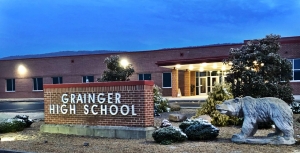 An investigation by the Tennessee Comptroller’s Office has resulted in the indictment of Valerie Combs, the former bookkeeper at Grainger High School (GHS) in Rutledge, Tennessee. Investigators determined she stole at least $35,397 from the school.

Combs served as the GHS bookkeeper for more than 6 ½ years before she resigned on February 28, 2018. She was responsible for receiving and depositing money, preparing and signing checks, recording transactions in the school’s records, and reviewing and reconciling school bank statements.

The investigation found that Combs used several schemes to misappropriate school money and conceal her activities.

Investigators discovered that Combs used a check-swap scheme to steal cash. For example, she received a $600 check from a business for a promotional banner to be displayed at athletic events. She did not issue a receipt for the check or record it in the school accounting system. Instead, Combs exchanged the check for cash from other school collections – effectively “cashing” the check through the collection drawer for her own personal use.

Combs also altered school records and manipulated receipts for school cash collections to conceal her misappropriation of cash. In all, investigators found that Combs stole $34,754 in cash.

Additionally, Combs used the school purchasing card for personal purchases totaling $643. These purchases included wine, a kitchen blender, and various food items. Investigators are also questioning more than $7,000 in other purchases of mostly food and other grocery items that can’t be definitively tied to Combs.

In July 2020, the Grainger County Grand Jury indicted Valerie Anne Combs on one count of theft over $10,000.

“There were several weaknesses within the school’s financial processes that allowed this theft to go undetected for several years,” said Comptroller Justin P. Wilson. “The former bookkeeper was largely responsible for nearly all the financial activities of the school, and school officials failed to ensure deposits were made intact or review charge card statements and invoices prior to payment.”