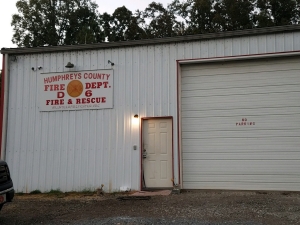 The investigation revealed that between November 1, 2010 and April 10, 2018, Staggs misappropriated both run call and SAFER grant monies. Run call money is paid by the county in the form of $10 payments to firefighters for their participation in each emergency response call. SAFER grants are incentive payments made by the U.S. Department of Homeland Security to help fire departments increase and maintain the number of trained firefighters.

During the scope of our investigation, Staggs received 13 checks representing run call money for his firefighters totaling $18,910. He deposited $17,592.16 into District 6 bank accounts and kept $1,317.84 in cash that was not spent for fire-related purposes.

Investigators also discovered that Staggs spent at least $16,897.74 of the run call money for a variety of personal purchases including car payments; payments to various retails stores and restaurants; multiple cash withdrawals at ATMs, etc.

Staggs also abused his position by awarding SAFER participation points to his wife, who was also a member of the fire department. These point benefits totaled $1,800. Other District 6 members advised investigators that the points she received were not commensurate with her involvement in the department.

Investigators found that Staggs had a pattern of inflating the number of staff participating in calls to collect additional run call money, but investigators could not discover the full scope of the problem because Staggs had destroyed the majority of District 6 records. Staggs claimed to investigators that he had been directed to destroy the records by the former county fire chief - who was also indicted in 2017 for the misuse of firefighters’ money at the Humphreys County Volunteer Fire Department.

“Lack of oversight, accountability, and poor record keeping led to unchecked and repeated fraud in Humphreys County,” said Comptroller Justin P. Wilson. “I am pleased to note that officials have stated that they will begin retaining proper documentation going forward.”