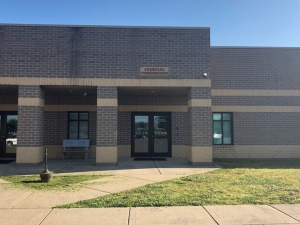 An investigation by the Tennessee Comptroller’s Office has revealed that Wilson County’s former Chief Judicial Commissioner, received thousands of dollars in pay for time that he did not work.

Comptroller investigators determined that the former Chief Commissioner received at least $17,603 in pay by falsely reporting 640 hours of time he claimed to have worked at the Judicial Commission Office in Lebanon.

Investigators found that the Chief Commissioner either failed to show up for work or worked fewer hours than he reported from January 1, 2018 through October 6, 2018. Investigators reviewed video surveillance and keyless access records to arrive at their conclusions.

The Chief Commissioner also worked hours at a local bowling alley that overlapped with his shifts at the Judicial Commission Office. During one two-week period in July 2018, he was present only 18 hours at the Judicial Commission Office; however, he was paid his full salary as though he had worked 80 hours. Notably, during this same two-week period, the Chief Commissioner was paid for working 77 hours at the local bowling alley.

The former Chief Commissioner submitted his retirement with Wilson County effective August 25, 2020. Upon retirement, he forfeited 380 hours of vacation leave and 2,688 hours of sick leave valued at $86,569.

“It is very important there is strong oversight over time and attendance records,” said Comptroller Justin P. Wilson. “There should always be a process in place to review and confirm the accuracy of time sheets. This helps to stop fraud before it results in monetary loss.”