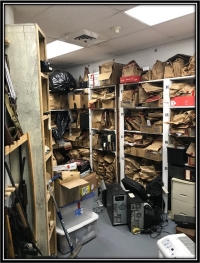 An investigation by the Tennessee Comptroller’s Office has led to the improvement of how evidence is stored and inventoried within the Cannon County Sheriff’s Department.

The investigation found numerous problems with how evidence was stored, secured, recorded, inventoried, and disposed of.

One .22 caliber revolver and 49 other items of evidence that were listed as being in department custody could not be located. The missing evidence included drugs, drug paraphernalia, and other miscellaneous evidence. 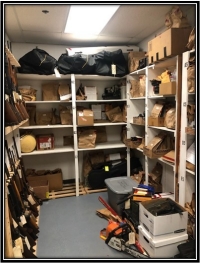 Evidence was also left unsecured in areas throughout the office and in an unlocked trailer behind the facility. Investigators also found extra keys to the locked evidence room in an unlocked drawer.

Additionally, the Sheriff’s Department did not dispose of some evidence which had been ordered to be disposed of by a criminal court.

“Law enforcement agencies should always perform an annual inventory of all evidence in custody,” said Comptroller Justin P. Wilson. “It is also a best practice to store evidence in a single secure location. All evidence should be logged and organized properly. I’m pleased to see that Cannon County has taken steps to strengthen its weaknesses in these areas.”

As a result of the investigation, Cannon County has made improvements related to the storage and organization of its evidence. The department is also in the process of implementing a centralized, computer-based inventory system.