The former executive director of A.C.T.I.O.N., Angela Wills Dickens, has been indicted for theft over $2,500 after investigators found that she misappropriated A.C.T.I.O.N. funds totaling at least $3,674.

A.C.T.I.O.N. was created to collaborate with community organizations to provide educational resources that help reduce tobacco, drug, and alcohol use among Johnson County youth.

Additionally, investigators are questioning purchases totaling $17,200 made with A.C.T.I.O.N funds. In some instances, purchases for food, travel, and supplies were not supported with itemized receipts or detail. Therefore, investigators could not determine if the purchases were exclusively for A.C.T.I.O.N. purposes. 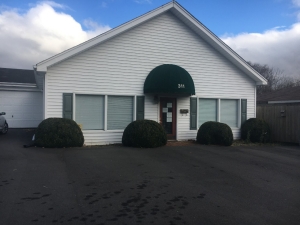 Johnson County Safe Haven, a nonprofit that supports victims of domestic violence, acted as the fiscal agent for A.C.T.I.O.N.

In a separate investigation, Comptroller investigators found that Safe Haven’s executive director improperly used the nonprofit’s credit card to make personal purchases, and he included family members and a family friend on the Safe Haven cell phone account. Although the entity’s credit card and phone account should not be used for non-business purposes, investigators were able to confirm the executive director and his family friend paid the amounts owed to the organization.

“Our investigators have recommended a number of changes to strengthen financial accountability and oversight within these nonprofits,” said Comptroller Jason Mumpower. “I encourage the organizations’ boards of directors to review these recommendations and implement the appropriate corrections.”