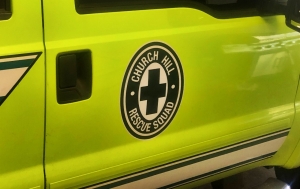 Investigations by the Tennessee Comptroller’s Office have resulted in Carla Dykes, the former treasurer of both the Church Hill Rescue Squad and Hawkins County Volunteer Fireman’s Association, pleading guilty to two counts of theft.

Comptroller investigators, working in conjunction with the Hawkins County Sheriff’s Department and the Tennessee Bureau of Investigation, determined that Dykes stole at least $47,073 from the Church Hill Rescue Squad between January 2013 and August 2020.

To cover the shortages resulting from her theft, Dykes also improperly took advantage of her position as treasurer of the Hawkins County Volunteer Fireman’s Association to transfer the association’s money and pay Church Hill Rescue Squad expenses totaling $32,808.

The Hawkins County Volunteer Fireman’s Association removed Dykes from her position as treasurer in August 2020. Dykes was suspended by the Church Hill Rescue Squad board for dereliction of duties and conduct unbecoming a member effective August 27, 2020, pending an internal investigation.

On October 15, 2021, Carla Marie Dykes pled guilty in the Criminal Court of Hawkins County to a criminal information charging her with two counts of Class C Felony Theft of Property valued between $10,000 -$60,000, and was given a total concurrent suspended sentence of six years on supervised probation. As a condition of her sentence, she was also ordered to pay restitution to the Hawkins County Volunteer Fireman’s Association and the Church Hill Rescue Squad.

“Both of these nonprofit organizations had similar weaknesses that failed to prevent theft or improper activity,” said Comptroller Jason Mumpower. “The former treasurer was given too much control over financial operations without adequate oversight; the organizations did not require two signatures on checks; and the rescue squad board and association did not require or retain documentation such as invoices or receipts.”

Both organizations have indicated they have corrected or will correct their internal control deficiencies.

To view the investigative reports, go to: https://comptroller.tn.gov/office-functions/investigations/find.html