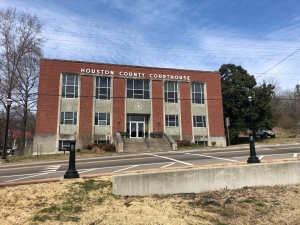 An investigation by the Tennessee Comptroller’s Office has resulted in the indictment of former Houston County Mayor George Clark, whose mayoral terms spanned more than 30 years prior to his defeat in 2018.

Comptroller investigators determined that Clark falsified documents resulting in two former county employees receiving unauthorized unemployment benefits totaling at least $9,075. Clark signed separate notices for both employees indicating they were terminated for “lack of work.” However, investigators determined that both voluntarily resigned from their positions, which made them ineligible for unemployment benefits.

The administrator of elections resigned from her position on June 3, 2016. She received unemployment benefits for the maximum 26-week period from June 2016 to December 2016, totaling $7,150.

The Payroll Director/Accounts Payable clerk resigned from her position as of April 27, 2018. She received unemployment benefits during a 7-week period from May 2018 to June 2018, totaling $1,925.

Former Mayor Clark admitted to investigators that he approved the applications for unemployment for both individuals.

In October 2021, the Houston County Grand Jury indicted George E. Clark on one count of official misconduct and one count of tampering with governmental records.

“As part of our investigation, we also reviewed Houston County’s personnel records,” said Comptroller Jason Mumpower. “We found that some files were missing, and some documents were either incomplete or incorrect. I’m encouraged to note that the new county mayor and his team are taking steps to address these deficiencies.”