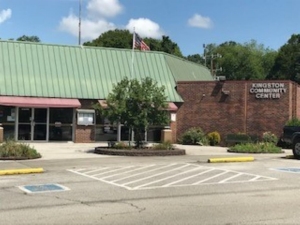 An investigation by the Tennessee Comptroller’s Office details multiple questionable transactions and instances of spending by the former Parks and Recreation Director for the City of Kingston in Roane County.

The investigation revealed the former director made personal, questionable, and undocumented purchases totaling at least $19,388.

Some of the questionable purchases included charges at grocery stores, sporting goods stores, a tobacco store, and other retailers paid without detailed invoices to document that the goods and/or services benefitted the Parks and Recreation Department.

The amount also includes personal purchases from Amazon and a fishing store; gift cards purchased with city funds; checks issued directly to the former director; and cash withheld from deposits.

The former director told investigators that these purchases and transactions were legitimate; however, he could not provide any documentation to support those claims.

The former Parks and Recreation Department Director resigned from his position in January 2019.

The results of the investigation have been communicated with the District Attorney General of the 9th Judicial District.

“The former director’s use of three bank accounts outside of the city’s control allowed him to bypass the city’s budgetary and purchasing procedures,” said Comptroller Jason Mumpower. “The city should ensure its internal controls are strong enough to prevent misappropriation. Needless to say, we recommend these three accounts be closed immediately.”