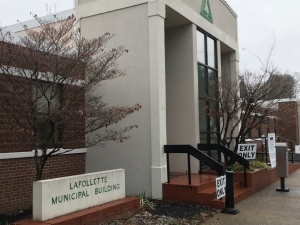 The Tennessee Comptroller’s Office has released the results of an investigation that resulted in the indictment of LaFollette Mayor Michael Ray Stanfield last September. The investigation was completed in conjunction with the Tennessee Bureau of Investigation.

Stanfield, who has served as the City of LaFollette’s mayor since 2008, has misused city personnel and equipment throughout his tenure.

Numerous witnesses told investigators that Stanfield has brought non city-owned equipment, such as lawnmowers and chainsaws, to the city’s Public Works Department for city employees to repair. Some of the repairs were done using city time and/or equipment. Mayor Stanfield acknowledged that he ran a side business repairing small engines that was unrelated to his position with the city.

On September 2, 2020, Mayor Michael Ray Stanfield was indicted by the Campbell County Grand Jury on seven counts of official misconduct, one count of retaliation for reporting to the Comptroller, and one count of misrepresenting information to the State Auditor.

The investigative report also notes the City of LaFollette paved a former councilman’s private driveway in 2018. The former councilman has since voluntarily reimbursed the city for the cost of paving.

“It’s important that city officials understand what’s proper and take steps to prevent misuse of city employees or equipment,” said Comptroller Jason Mumpower. “In this case, the former Public Works Department management knew about the mayor’s actions and allowed it to take place. All officials must understand their responsibility to Tennessee taxpayers and provide the proper oversight.”