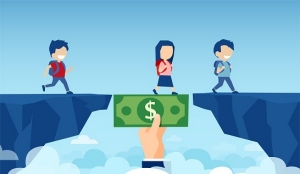 A legislative brief describes TDOE’s methodology in calculating the per pupil figures at both the school and district level. It also explains briefly how school districts are funded in Tennessee and how, in turn, school districts allocate funds to their schools.

The report examines Tennessee’s data and discusses factors that are important for the General Assembly and other education stakeholders to consider regarding the per pupil figures, particularly when comparing schools. The data is not intended to distinguish specific expenditures (e.g., how much each school spent on salaries and benefits and whether the school employs a larger proportion of newer teachers with lower salaries or more experienced teachers with higher salaries). Private donations that schools receive are not included in the data.

It is not advisable to isolate a single factor – such as the grade level, or the percent of economically disadvantaged students or English learners at a school – as the reason a school spent more per pupil compared to other schools. For this reason, the report also discusses other data considerations to keep in mind when reviewing the data, such as the cost of educating students at special population schools, enrollment and grade span, student demographics (e.g., economically disadvantaged and English learner students), and building costs and utilities.

To view the reports and interact with the dashboards, please visit the Comptroller’s OREA website at: tncot.cc/orea.