MTSU Students Stole $114,000 from the University 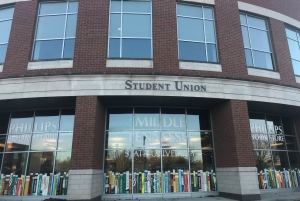 Investigators determined that Gure and Osman stole a total of $114,145 from the University between November 2017 and November 2020. The students’ primary scheme was to submit false and fabricated invoices to misappropriate Student Activity Fee money.

Gure and Osman were presidents of MTSU’s Somali Students Association. During their time in office, they submitted at least 85 false invoices to MTSU to obtain reimbursements totaling $82,200 of Student Activity Fee funds. Many of the invoices were for payments to non-existent vendors. A commonly reimbursed expenditure was honorarium payments for public speakers; however, the public speaking events never occurred.

The Somali Students Association also received $3,000 in reimbursement payments from the Tina Stewart Campus Nonviolence Fund. Once again, fabricated invoices for honorarium payments for public speakers were submitted for events that were never held.

The total stolen amount also includes $28,945 that was misappropriated by Mohamed Gure in 2017 and 2018 while serving as a board member for the Muslim Students Association (MSA).

Gure submitted 28 fabricated or falsified invoices for expenditures that the MSA never incurred. These invoices were submitted to MTSU in order to obtain reimbursements from Student Activity Fee funds.

“MTSU should ensure its Student Organizations and Service Office carefully reviews supporting documentation before reimbursing student organizations,” said Comptroller Jason Mumpower. “Our investigators also noted several instances in which MTSU officials were not following their own guidance when processing reimbursements.”