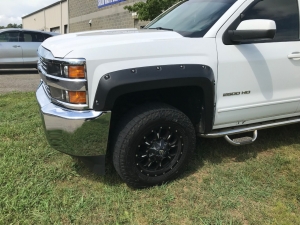 An investigation by the Tennessee’s Comptroller’s Office has resulted in the indictment of Dan Winter, the director of the Hamblen County Morristown Solid Waste Disposal System.

Investigators determined that Winter misappropriated at least $1,695.70 by using system funds to outfit and clean his personal pickup truck.

Winter used the system’s charge accounts at auto stores and a system credit card to make purchases for his vehicle. These purchases included:

Winter told investigators that he purchased the truck bed cover to protect system files when they were being transported. He explained the tires and car washes were purchased to repair damage or clean off mud debris that occurred during his trips to the county landfill. Winter received a $650 per month vehicle allowance payment; however, he told investigators that he did not consider the mud to be normal wear and tear on his vehicle.

In March 2021, Dan Winter was indicted on one count of theft over $1,000 and one count of official misconduct.

“In addition to the problems noted above, the system’s board of directors should ensure they are providing adequate oversight over the director’s time on the job,” said Comptroller Jason Mumpower. “The director was not required to complete a time sheet. Those records should be produced, reviewed, and approved. System officials have indicated they are addressing this deficiency.”