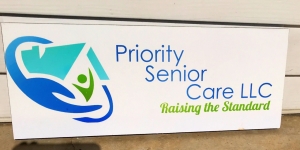 An investigation by the Tennessee Comptroller’s Office, working in conjunction with the Jefferson City Police Department, has resulted in the indictment of Tonya Lindsey, the former office manager for Priority Senior Care, LLC (Priority) in Jefferson City, Tennessee.

Priority provides in-home care to qualified seniors and receives the majority of its funding through TennCare, the state’s Medicaid program.

Investigators determined that Lindsey paid herself an extra $44,104 between January 2019 and October 2020 by issuing herself 66 payroll payments without the authority or knowledge of Priority’s owner.

Lindsey manipulated payroll data and records to conceal her theft. In some cases, she altered the payroll software to make it appear that she had issued direct deposit payments to a fictious employee named Jennifer Greene. For example, in October 2019 when there were two payroll periods, Lindsey issued ten payroll payments to the fictious employee. Investigators determined the money was actually deposited into Lindsey’s bank account.

The investigation also revealed that Lindsey made questionable purchases totaling at least $8,428. Money was either issued directly to Lindsey or to vendors that Priority did not use. For example, money was spent at a clothing and accessories boutique and a vape store. There were no invoices or documentation to support that these purchases benefitted Priority.

Lindsey’s employment was terminated on October 21, 2020.

In April 2021, the Jefferson County Grand Jury indicted Tonya Lindsey on one count of theft over $10,000 and 25 counts of forgery.