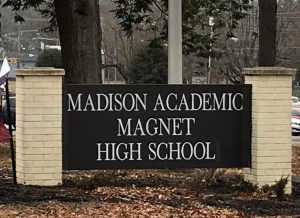 An investigation by the Tennessee Comptroller’s Office has resulted in the indictment of Charity [Maddox] Baker, the former treasurer of Madison Academic High School’s (MAHS) Mustang Rebounders Club. The club was formed to support the MAHS Lady Mustangs basketball team.

Investigators determined that Baker stole at least $7,582.94 from the club between April 2017 and June 2019. She was able to steal the money by withdrawing cash from the club’s bank account using bank counter checks. Baker perpetrated her scheme 14 times, withdrawing cash amounts ranging from $75 to $1,669.

Baker was able to conceal her misappropriation by changing the club’s bank account address from MAHS to her personal Post Office Box. She also submitted an altered money order to make it appear as if she used club funds to pay a legitimate invoice. Following the discovery of the altered money order, Baker admitted to school officials that she used club funds for her personal benefit.

In May 2021, Charity [Maddox] Baker was indicted by the Madison County Grand Jury on one count of theft over $2,500.

The Mustang Rebounders Club was dissolved by the Jackson Madison County School System in August 2018.

“All booster club officials must ensure they take time to review and reconcile bank statements. This helps verify that all disbursements are recorded and used correctly,” said Comptroller Jason Mumpower. “We appreciate that Jackson Madison County school officials brought this case to our attention and are taking action to prevent future problems.”