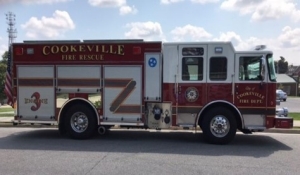 Both Montgomery and Roberson not only worked at the Cookeville Fire Department, but they also worked as part-time instructors at the Tennessee Fire and Codes Enforcement Academy in Bell Buckle, Tennessee.

Investigators determined that Montgomery and Roberson effectively double dipped on their paychecks. They were each paid by both the city and the Academy for working the same hours at both locations.

Montgomery obtained $32,212.75 in compensation from the Cookeville Fire Department that he was not entitled to. The investigation revealed that between January 1, 2017 and February 28, 2019, Montgomery claimed pay for 1,345 hours that he did not work.

After the investigation began, Captain Montgomery retired from the fire department. At the time of his separation, the city collected $16,094.40 from Montgomery’s accrued leave balance. There remains an unpaid balance of $16,118.35 due to the city.

Roberson improperly obtained $2,622.53 from the Cookeville Fire Department for 109.5 hours he did not work. This occurred between January 1, 2017 and February 28, 2019 when Roberson was serving as a lieutenant.

“Management oversight is an important component in preventing improper compensation,” said Comptroller Jason Mumpower. “Supervisors and managers must carefully review timesheets and leave requests to ensure employees are only being paid for the time they are actually working.”