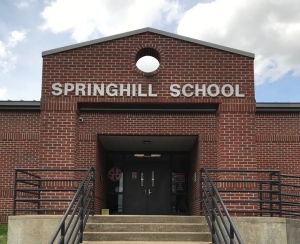 An investigation by the Tennessee Comptroller’s Office has led to the indictment of Kacey Criswell, the former PTO president and treasurer at Spring Hill School—part of the Gibson County Special School District.

Investigators determined that Criswell misappropriated at least $17,586.08 from the PTO between July 2015 and November 2019. The investigation began after school officials reported missing PTO funds.

Much of the money was stolen when Criswell failed to deposit money that was received from fundraisers and basketball concessions. Criswell also wrote checks payable to cash to be used as change funds for concessions and fundraisers; however, she did not deposit some of the change funds back into the bank account.

In order to conceal her activities, Criswell changed the PTO’s bank account address to her personal mailing address so that she would receive bank statements. She also altered PTO financial reports to indicate the PTO’s money was being deposited.

In July 2021, Kacey Criswell was indicted by the Gibson County Grand Jury on one count of theft over $10,000.

In addition to the misappropriation, investigators are also questioning $5,092.64 that was used for purchases that were unsupported by itemized receipts or other supporting documentation. Investigators could not determine if the purchases were used exclusively for the PTO’s benefit.

“School support organizations must ensure they are watching the money,” said Comptroller Jason Mumpower. “It’s important to keep invoices or receipts for every transaction, require two signatures on checks, and ensure two responsible individuals are signing off on any money collected during fundraising activities.”