County has received nine findings two years in a row 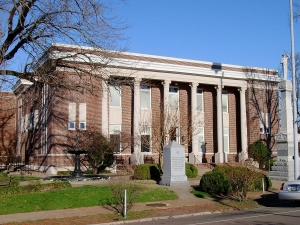 The Tennessee Comptroller’s Office has released its annual audit of Haywood County government for the fiscal year ended June 30, 2021. Unfortunately, the county’s number of audit findings continues to indicate a need for improvement.

For the last two years, Haywood County has received nine findings. While five findings are new this year, the county also has four repeated findings in its fiscal year 2021 report. A repeated finding indicates county management’s unwillingness or inability to correct a finding from the previous annual audit report.

A majority of this year’s findings, including all of the repeated issues, detail deficiencies and areas of noncompliance within the county mayor’s office operations.

Other findings include purchase orders that were not issued properly, and drug court fees that were not remitted to the state in accordance with state statute. Auditors also noted that the Office of Director of Schools had deficiencies in its budget operations.

The audit also mentions two investigations related to Haywood County government. One investigation of the former budget director is still ongoing, while another related to the Elma Ross Public Library was released in December 2021.

If you suspect fraud, waste, or abuse of public money in Tennessee, call the Comptroller’s toll-free hotline at 800.232.5454, or file a report online at: www.comptroller.tn.gov/hotline. Follow us on twitter @TNCOT and Instagram @tncot.