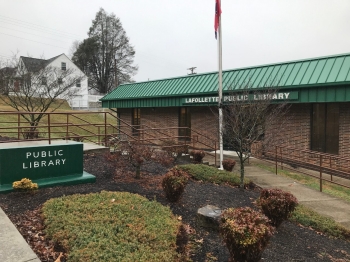 An investigation by the Tennessee Comptroller’s Office has revealed that the former treasurer of the Campbell County Library Board misappropriated $107,640 from the library board’s bank account.

The library board oversees four libraries in Caryville, LaFollette, Jacksboro, and Jellico. It receives money from the county, state, and individual cities within Campbell County.

Financial reports presented to the board during the treasurer’s tenure did not accurately reflect the board’s financial position. The investigation began after the board reported unexplained cash withdrawals to the Comptroller’s Office.

The former treasurer did repay $47,625 to the board; however, an outstanding balance of $60,015 in misappropriated funds remains.

The former treasurer was removed from office in March 2020 and subsequently died from long-term health issues.

“It’s critical that board members establish internal controls to prevent unauthorized activity,” said Comptroller Mumpower. “In this situation, the board should have been reviewing bank statements. The board should also not have allowed the former treasurer to have exclusive control over the board’s accounts without review.”

The results of the investigation have been communicated with the Office of the District Attorney General of the 8th Judicial District.