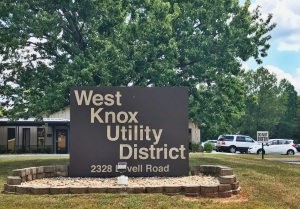 An investigation by the Tennessee Comptroller’s Office has resulted in the indictment of Kim Green, the former comptroller of the West Knox Utility District (WKUD), which provides water and wastewater services to more than 27,000 customers.

Investigators determined that Green improperly adjusted her paid time off (PTO) leave balance by at least 227 hours between July 2018 and June 2021. These adjustments were made without management’s approval or knowledge and had the effect of increasing the value of Green’s leave balance by $10,258.

Green also made unauthorized adjustments to her sick leave balance by increasing it by at least 85.87 hours. Green redeemed these unauthorized hours in 2020 at a cost of $3,756 based on her rate of pay at that time.

Additionally, Green made unauthorized PTO and sick leave balance adjustments to at least nine other current and former employees’ balances, which could have resulted in a cost to the district of approximately $27,240. Some employees told investigators they neither requested nor were aware of these adjustments. District officials have corrected the balances for the current employees to properly reflect authorized leave balances.

The investigation began after utility district officials identified and reported questionable transactions to the Comptroller’s Office. WKUD terminated Green’s employment on July 20, 2021. The district used Green’s final PTO leave balance to recover the unauthorized PTO ($10,258) and sick leave ($3,756) hours she had improperly given herself.

In May 2022, the Knox County Grand Jury indicted Kimberly Green on one count of computer crimes, one count of forgery, and two counts of official misconduct.

“District officials should ensure one person isn’t allowed to make leave adjustments without any oversight,” said Comptroller Jason Mumpower. “The district should also ensure it documents any leave adjustments, and it should implement and enforce its approved leave policies.”