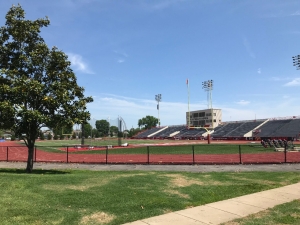 The vast majority of the misappropriated money was collected and turned over to Molnar during track and cross country fundraiser events hosted between 2015 and 2018. These fundraisers included several athletic events in which participants were charged entry fees. At least $29,775 that was collected during these events should have been deposited into a APSU bank account; however, investigators discovered that Molnar retained this money for his personal benefit.

Molnar’s misappropriation also includes fraudulent travel claims totaling $600. Molnar either overstated or fabricated how much he had spent for the track team to attend track meets when he claimed reimbursement from the university.

Finally, Molnar diverted a money order totaling $225.45 into a bank account that he controlled. The money order was made payable to “Austin Peay” and should have been turned over to the university for deposit.

During the course of their investigation, investigators learned that Molnar deposited some of the misappropriated money into a joint checking bank account and a “Douglas Molnar, DBA Tennessee Athletic Project” bank account that he controlled. 21 of the checks he deposited into these accounts were made payable to APSU.

On June 2, 2022, Douglas Molnar entered a plea of guilty by criminal information in the Criminal Court of Montgomery County to the felony offense of theft of property over $10,000. The Court granted judicial diversion relief, placed Molnar on four years supervised state probation, and ordered him to pay restitution in the total amount of $30,600.45.

“We appreciate that Austin Peay officials reported these allegations to our Office,” said Comptroller Jason Mumpower. “As a result of these findings, we encourage the university to ensure that fundraiser collections from track and cross country events are turned over for deposit to university accounts. Collected amounts should also be reconciled with deposits to reduce the chance of misappropriation.”

To view the investigative report, go to tncot.cc/doireports.