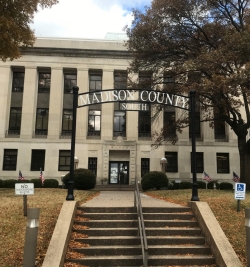 A new investigative report by the Tennessee Comptroller’s Office, working in conjunction with the Tennessee Bureau of Investigation, has been released and focuses on a county commissioner in Madison County.

The county commissioner violated state law by charging a $50-$60 fee to officiate marriage ceremonies in Madison County. Investigators determined that he charged and collected an estimated $115,220 in unlawful fees to officiate at least 1,970 marriages between January 2015 and July 2021.

County commissioners are authorized by state law to solemnize marriages and they may accept gratuities for performing wedding ceremonies (Tenn. Code Ann. § 36-3-301(c)); however, they may not charge a fee or demand any other form of compensation (Tenn. Code Ann. § 8-21-101 and Op. Tenn. Att’y Gen. 11-18).

Investigators learned that the commissioner would often send a text message to individuals prior to performing their ceremony. The commissioner’s text message made reference to “my gratuity,” and it set a $60 cash price for the service. By setting a fixed price, he was clearly charging and requiring payment of a fee rather than accepting a gratuity in an unknown or undetermined amount.

The results of this investigation have been communicated with the Office of the District Attorney General of the 30th Judicial District who was appointed as Pro Tem in this matter.

Investigators also raised concerns about the Madison County Clerk’s Office which directed and referred the majority of marriage ceremonies to the county commissioner. Not only did deputy clerks show their preference in recommending the commissioner, but in some cases, they would schedule appointments and collect money on his behalf.

“The Madison County Clerk must ensure his staff remain impartial when sharing a list of potential marriage officiants with members of the public,” said Comptroller Jason Mumpower. “I’m hopeful this investigation also serves to remind public officials about the state law prohibiting them from charging a fee for a public service unless it is expressly allowed by statute.”