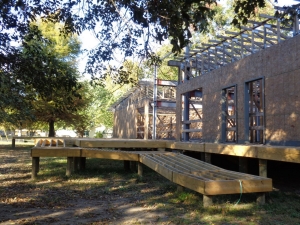 The Tennessee Comptroller’s Office, in conjunction with the United States Department of Transportation, Office of Inspector General, and the Tennessee Valley Authority Office of Inspector General, has completed a two-year investigation resulting in federal indictments against Diana Threadgill, the former executive director of Mississippi River Corridor – Tennessee, Inc. (MRCT).

MRCT was a 501(c)(3) nonprofit organization that was focused on economic development, land conservation, environment and wildlife preservation in six West Tennessee counties near the Mississippi River. The MRCT Board of Directors voted to dissolve the nonprofit on March 1, 2017.

In total, Comptroller investigators identified $1,083,264 of improper reimbursements received by MRCT from March 2011 to March 2017.

MRCT also doubled up on reimbursements by receiving payments from multiple grantors for the same expenses. Investigators noted $176,196 in duplicate expenses submitted on various grants to various agencies that were subsequently paid to MRCT.

Comptroller investigators also determined that Threadgill instructed staff to falsify accounting records. She also continued MRCT operations after the board of directors voted to dissolve the nonprofit in March 2017, and she even requested and received additional funding in May 2017.

MRCT’s failure to meet grant requirements has resulted in two abandoned and failed projects in West Tennessee. MRCT received public funding totaling $856,685 for the Reelfoot Lake interpretive visitor center, which was demolished in October 2018. The Dyersburg River Park and Blueway project cost $357,275 and is currently abandoned.

In February 2019, Diana Threadgill was indicted by a federal grand jury in the Middle District of Tennessee, Nashville Division, on three counts of mail fraud.

“This investigation points to multiple failures at many levels,” said Comptroller Wilson. “The MRCT Board of Directors and Advisory Council members not only had potential conflicts of interest, but they failed to provide adequate oversight. State agencies must also do a better job of monitoring and reviewing how grant funds are reimbursed.”

To view the investigation online, go to: http://www.comptroller.tn.gov/ia/