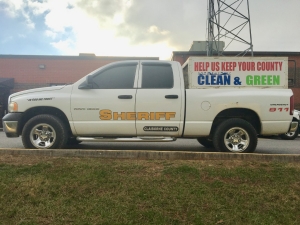 An investigation by the Tennessee Comptroller’s Office has revealed that Claiborne County inmates and sheriff’s litter patrol officers received $23,763.18 in cash from selling scrap metal.

Investigators reviewed records from July 1, 2016 through June 30, 2018; however, sheriff’s litter patrol officers and inmates told investigators it was a long-established practice for the litter patrol to collect scrap metal and sell it to buy inmates lunches, snacks, drinks, and tobacco products.

The failure to follow state law has resulted in lost revenue for the county.

The Claiborne County Sheriff’s Office is currently depositing checks from the sale of scrap metal with the county trustee.