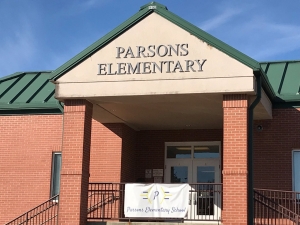 An investigation by the Tennessee Comptroller’s Office has resulted in the indictment of Mallory Parrish, the former president of the Parsons Elementary Parent Teacher Organization (PTO) in Decatur County.

Investigators determined that Parrish stole at least $2,193 from the PTO between January 1, 2016 and October 15, 2018, when she resigned as the PTO President.

Parrish stole the money by making $1,000 worth of undocumented cash withdrawals, making unauthorized personal purchases totaling $715 at Walmart, and failing to deposit $478 in cash collected during a fundraising event. In October 2018, Parrish paid back $1,000 to the PTO, leaving a total cash shortage of $1,193.

Investigators also noted that Parrish forged the treasurer’s signature on six reimbursement checks that she wrote to herself, and she used PTO funds for questionable purchases totaling an additional $1,097.88.

In January 2020, Mallory Parrish was indicted by the Decatur County Grand Jury on one count of theft over $1,000 and two counts of forgery.

“Our investigators noted several internal control weaknesses that contributed to this theft,” said Comptroller Justin P. Wilson. “School support organizations, such as PTOs, are required to follow some common-sense financial practices. These include requiring two signatures on checks, reviewing and reconciling bank statements, and retaining supporting documentation for purchases.”