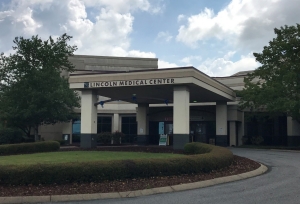 An investigation by the Tennessee Comptroller’s Office has resulted in the indictment of Candie Starr, the former Chief Executive Officer (CEO) of Lincoln Health System (LHS) in Fayetteville, Tennessee.

Starr was hired in July 2017. LHS officials added an addendum to her employment contract for a relocation allowance not to exceed $30,000.

In April 2019, Starr stole at least $17,000 of LHS funds by submitting false documents claiming moving expenses. Starr submitted a false statement of real estate closing costs showing she had paid a $17,000 real estate commission. The expense was neither incurred nor paid by Starr.

Starr also altered her employment offer letter to specifically indicate that realty costs were an allowable reimbursable relocation expense. LHS finance officials relied on these documents when they paid the claim.

Starr was confronted by LHS officials and admitted she had submitted false documents. She told them she was sorry and said she had never done anything like that before. Her employment was terminated on August 21, 2019. Starr repaid LHS $4,000 in September 2019 and $13,000 in October 2019.

“It’s important that public entities comply with their policies,” said Comptroller Justin P. Wilson. “LHS’s relocation expense reimbursement policy limits such reimbursements to 10 percent of the new employee’s annual salary. In this case, the cap should have been $18,000; however, LHS agreed to pay relocation expenses up to $30,000. I’m pleased to note that LHS has already made changes to prevent problems in the future.”