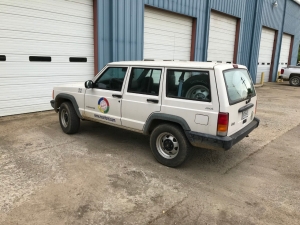 The City of Munford’s former City Manager, Peter Colin, has been indicted by the Tipton County Grand Jury after he signed over a city vehicle to himself in order to take advantage of a $2,500 automobile rebate.

An investigation by the Tennessee Comptroller’s Office found that Colin learned about an auto dealership’s rebate program that promised incentives for customers who purchased a General Motors vehicle while offering proof of owning a competing brand’s vehicle. Since Colin didn’t own a qualifying vehicle, he decided to use the City of Munford’s Jeep Cherokee.

In June 2018, Colin wrote the city a personal check for $500 to temporarily purchase the city’s Jeep. The city recorder did not deposit the check; however, Colin obtained the Jeep’s title from the city recorder and used the city’s vehicle to acquire the $2,500 rebate for himself.

Colin told investigators the city’s mayor, Dwayne Cole, gave Colin permission to purchase the city’s Jeep. This was refuted by the mayor, who stated that he did not understand Colin’s plan and didn’t authorize him to carry it out. Colin acknowledged the entire transaction “was just a stupid thing to do.” Colin submitted his resignation to the city on May 7, 2019.

In March 2020, the Tipton County Grand Jury indicted Peter Colin on one count of official misconduct.