Reports of Elder Financial Exploitation are Increasing in Tennessee 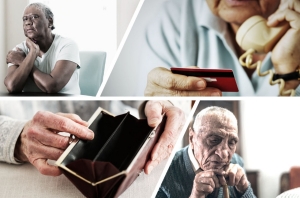 Elder financial exploitation appears to be increasing in Tennessee. The Adult Protective Services (APS) program in the Tennessee Department of Human Services operates the statewide hotline and reporting system for complaints about all types of elder abuse. APS also investigates reports of elder abuse. APS data confirms that, from 2015 to 2019, the number of reports it received for all elder abuse categories increased by 52 percent, while reports of financial exploitation increased by 87 percent.

One overarching concern, expressed by stakeholders across the state, is that state law limits the types of investigations of elder financial exploitation that APS, the agency most closely associated with issues concerning elder abuse, can undertake. APS can investigate these cases only when they involve a caregiver and the misuse of government funds.

Research by the Comptroller’s Office of Research and Education Accountability (OREA) found that Tennessee’s approach to protect elderly adults from financial exploitation is made up of a patchwork of state and local entities. APS officials told OREA that the agency receives a large number of reports of suspected elder financial exploitation that do not meet the criteria for investigation under the law, and that it refers these to law enforcement and district attorneys general, among other entities.

The effectiveness of Tennessee’s patchwork approach, however, is unknown due to data limitations. Although efforts have ramped up in recent years to better coordinate the review of suspected cases of elder financial exploitation, there is no statewide system to track elder financial abuse cases in Tennessee. Without a statewide system, it is not possible to track the progress or resolution of cases when they are shared between state and local agencies.

The lack of a statewide data system also prevented OREA from fully estimating the prevalence and cost of elder financial abuse in Tennessee.

The Comptroller’s Office has included a number of policy considerations for the General Assembly in its report.

To read the report, please visit the Comptroller’s OREA website at: tncot.cc/orea