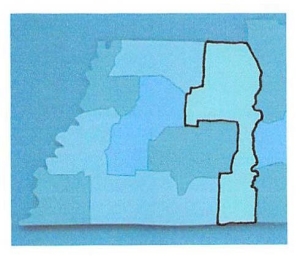 An investigation by the Tennessee Comptroller’s Office has resulted in the indictment of Thomas Tansil Jr., an assistant district attorney general in 24th Judicial District (Henry, Carroll, Benton, Decatur and Hardin counties).

Investigators determined that Tansil Jr. wrongfully obtained $22,740.36 in state salary and travel expense reimbursements between August 1, 2017 and January 31, 2020. These payments are explained in detail below:

·         Tansil Jr. was paid $5,453.99 for 16 days of military leave after he had already used the number of days permitted by state policy each year. Tansil Jr. should have used leave without pay for these days.

·         Tansil Jr. falsified travel claims totaling $3,717.29. Tansil Jr. admitted that he was not always traveling when he claimed to be. He was also paid for travel when he was on leave.

Additionally, investigators are questioning $135,874.55 in salary and travel reimbursements paid to Tansil Jr. Tansil Jr. admitted that he did not work 25 percent of the time he claimed to work between July 1, 2018 and January 31, 2020. Investigators have questioned all of Tansil’s salary and travel reimbursements that could not be substantiated through documentation or interviews.

In September 2020, Thomas A. Tansil, Jr. was indicted by the Carroll County Grand Jury on one count of theft over $10,000, one count of official misconduct, one count of tampering with governmental records, and one count of computer offenses. The District Attorney General of the 10th Judicial District has been appointed to prosecute this case.

“We appreciate the District Attorney General of the 24th Judicial District for notifying our Office of the irregularities that launched this investigation,” said Comptroller Justin P. Wilson. “We also encourage his office to closely monitor the attendance and travel documentation of employees. Employees should also be required to submit valid military orders when they are paid military leave.”