Employees were paid more than $10,000 for time they did not work 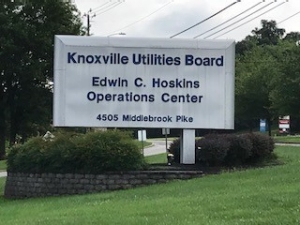 An investigation by the Tennessee Comptroller’s Office found that two former employees of the Knoxville Utilities Board (KUB) received compensation totaling at least $10,595 for time they did not work.

The investigation began after KUB reported questionable compensation payments to the Comptroller’s Office. Investigators were able to use time sheets, schedules, calendars, electronic badge records, and other documentation to review the employees’ actual time worked.

Investigators found that a former engineering associate was paid at least $7,854 by falsely reporting at least 365 hours he did not work between February 2016 and November 2018 – when he resigned from his employment. In July 2019, the former employee reimbursed KUB for the amount he was paid but did not work.

A second employee, who worked as a student worker, was paid at least $2,741 by falsely reporting at least 196 hours he did not work between November 2018 and May 2019. KUB terminated his employment in May 2019, and he subsequently reimbursed KUB for the amount he was paid but did not work.

The results of the investigation have been communicated with the Office of the District Attorney General of the 6th Judicial District.

“While KUB supervisors took the appropriate step of signing the time sheets for these employees, they should have also reviewed for accuracy,” said Comptroller Jason Mumpower. “Time sheets should only reflect the actual time worked. By not performing a careful review, a risk of improper payments is created.”