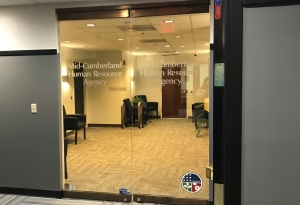 Parker served as a probation officer for misdemeanor offenders in the counties served by the MCHRA: Cheatham, Dickson, Hickman, Houston, Humphreys, Perry, Stewart, Sumner, Trousdale, and Williamson. He was also responsible for collecting program fees, such as supervision fees or drug test fees, from offenders.

Comptroller investigators determined that Parker stole $14,713.49 between July 2017 and June 2020 by failing to deposit some of the cash payments that he received from offenders. Parker also violated MCHRA policy by accepting cash. The policy requires payments to be made by money orders and certified checks only.

Parker would often enter the total amount of money he collected into MCHRA’s software system and credited the offenders’ account, but he did not deposit some of the cash. He also underreported how much money he had collected on his monthly activity reports. For example, in January 2020 he receipted a total of $12,845.50 into the software system, but he only listed collections of $7,917.50 on his monthly activity report.

Parker was confronted by MCHRA management and admitted to accepting cash from offenders and keeping some of the cash for his personal use. His employment was terminated effective April 22, 2020.

In October 2021, Robert Parker was indicted by the Houston County Grand Jury on one count of theft over $10,000, one count of official misconduct, and one count of tampering with governmental records.

“It’s important that all public entities provide adequate oversight of collections,” said Comptroller Jason Mumpower. “In this case, management should have done a better job of reconciling monthly activity reports with the actual amount of money that was deposited in the bank.”